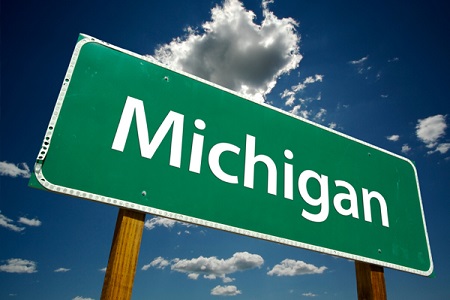 Michigan could become the first state to legalize driverless cars. A new Senate bill to amend the Michigan vehicle code calls for the approval of a system that enables “the motor vehicle to be operated without any control or monitoring by a human operator.”

It would be the first state law that allows auto manufacturers to test cars without a safety driver inside. It would also change the law so if an autonomous car crashes, it is the manufacturer’s fault.

Manufacturers would be able to decide what parts of the car a human can control. In the interim between semi-autonomous and driverless, we may see manufacturers give control of the brakes and steering wheel, in the event of a system failure or unexpected road changes.

The law also wants the same self-driving legalization to cross over into the ride-hailing and shuttle industry. That would allow Uber, which deployed its self-driving Volvo SUVs in Pittsburgh this week, to drive passengers without a safety driver inside.

Michigan legislators want to continue to be a leader in self-driving and automation, which could provide cities like Detroit with thousands of new jobs. Toyota, Hyundai, Ford, GM, and Faraday Future have all started testing self-driving cars in the state.

Two years ago, most said it would be 10 years until self-driving cars are on the road. Now, we are seeing 2018 projects from nuTonomy to launch a shuttle service in Singapore; The same with Baidu in China, and Ford, BMW, and GM are all aiming for a 2021 driverless car launch.

The surge in research, development, and deployment has forced cities and states to begin the process of legalizing the technology. Britain announced in the Queen’s Speech plans to legalize autonomous cars, France followed a few months later, and several states are now preparing to skip federal guidance and legalize the tech.