Warning: "continue" targeting switch is equivalent to "break". Did you mean to use "continue 2"? in /homepages/37/d31344055/htdocs/clickandbuilds/DRIVERLESS/plugins/system/t3/includes/menu/megamenu.php on line 137
 Could AI be the key to true full autonomous driving?

Could AI be the key to true full autonomous driving? 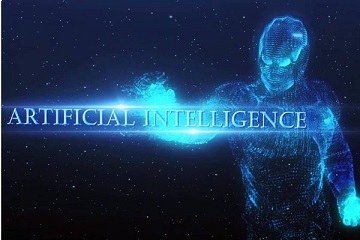 AI - This innocuous two letter anacronym now seems more prevalent than any other phrase or word in the arena of hot cutting edge technological development, including “Driverless”, “Autonomous vehicles”, “SDC” (Self Driving Cars), “Smart cars” or “Connected cars”. It even has its own domain extension .ai.

When you search on LinkedIn for example, there are hundreds, if not thousands of people involved with Artificial Intelligence (and deep learning / machine learning).

Why so many people?

The reason for the ai activity, initially at least, is surely the massive push and momentum behind Autonomous driving. The Automotive industry still seems to be where the money is. Quite simply withought ai, we will never see true autonomy, resulting in safe, effective self-driving vehicles, not in my humble opinion anyway.

Vehicles will need far more than just expensive, electronic hardware, Lidar, cameras, sensors and servo motors to drive around by themselves safely. They will need a level of intelligence, that until now (and not quite yet) has not been possible.

Just take an example of an innocuous everyday situation, with a Sat Nav used with a regular non autonomous vehicle. The Navigation tells you to take the next right turn, but that right turn actually turns out to be someone’s private driveway. As human beings behind the wheel, we know almost immediately that this is just an occasional glitch of what is normally an excellent driving tool, with surprisingly few errors. What we do as human beings, is to quickly correct this erroneous instruction to turn into someone’s home and know that what the navigation probably means is to actually take the right turn that is just a few yards after the driveway. No harm done and we quickly correct this.

But what lies behind this correction, done in a split second, is intelligence. It is simple for us to make this decision whether we have an IQ of 195 or just regular everyday folk. But the simplest of things like that small correction, which we do not think twice about as humans, would require a huge and powerful shift for a machine to do. It would require Artificial Intelligence.

So what is AI?

The Car or any machine doesn’t have this type of intelligence at present and until it does, the simplest of driving tasks would present constant challenges to the aspiring fully autonomous vehicle. The example above is a relatively simple, safe one. But what if the vehicle encounters a traffic police officer? Does it understand or obey the officers hand signals? Or will the Driverless vehicle see that broken glass in the road and will it then know to make the decision to drive through it very slowly, if it is unsafe to stop or swerve to avoid it?

Or worse, will it know that a young child by the roadside may just run out at any minute, in the same way as a human may suspect that this could happen? These situations and an infinite number of similar ones currently need on the spot, instant human influence and decision making to ensure safe effective navigation. The word infinite is key, because that is the reality and by definition, solutions to these infinite possibilities of incidents and events cannot be programmed for up front.

Only the ability to think and act like a human, would be able to truly tackle the day to day road traffic situations that are encountered. (This may even mean that AI will occasionally have to choose and even get it wrong like a human could, but I need to think that one out a bit further down the line...)

The outlook for the future

I believe that until we get Artificial Intelligence to a sufficient point where it becomes a safe pair of eyes and a safe pair of hands, we will only ever see semi-autonomous driving for a good few years yet. Some say that a mixture of semi-autonomous and fully autonomous driving will be with us by 2020, particularly for the Tokyo Olympics. Maybe that will be the case, within a predefined campus type situation. I tend to go with the 2025 view myself, which is still not that far away and I only think it may be as soon as this, based on the massive resource being channelled into ai and deep learning.

Do we want AI? As Steven Hawking said back in 2014, "Artificial Intelligence could spell the end of the Human Race"

Whether you fear it, or revere it, it is certainly an exciting future.


<<< Back to the Driverless Blog

Artificial Intelligence - Just how can we resist it?